The HS2 bill passed its second reading in the Commons yesterday by 452 to 41 votes, a majority of 411.

MPs threw out a proposal by Chesham and Amersham MP Cheryl Gillan for the plan to be halted by a majority of 401. Fifty MPs backed Gillan’s motion. She told the Commons:

"I started as a nimby but I have looked at this project and I do not believe it is the best answer to the UK's transport problems."

Among those missing from the debate was Aylesbury MP David Lidington – as Minister for Europe he was visiting Estonia. Before the vote, he told the Bucks Herald:

“I have decided to abstain, but I have been and remain opposed to HS2, I’ve fought alongside campaigns and the Prime Minister knows my views. The key test for me is, given there is a massive cross-party majority in favour of this scheme, can we get the generous and fair mitigation that the local area deserves?

Lidington said he would resign as a minister at the third reading of the HS2 bill if mitigation is inadequate:

“I will resign at a later stage of the bill if they don’t get mitigation, and that for me includes a Chilterns tunnel.”
No comments:

The Wildlife Trusts have published a report setting out a vision for large-scale nature restoration along the proposed high speed route. The Trusts say that the impacts and mitigation measures for line have not been properly assessed and there will be a net loss of biodiversity from Phase 1. They say with effective mitigation, the line could create "a wild green ribbon from London to the north."


In the Colne Valley, 19 hectares of semi-natural broadleaved woodland, scrub, wetland and grassland will be replaced by just 3 hectares of compensatory habitat – a net loss of 16 hectares.

An earlier report from the University of Leeds for the Berks, Bucks & Oxon Wildlife Trust (BBOWT) found that the line could lead to local extinction of colonies of the Bechstein’s bat, a protected species, in the Bernwood Forest.

The report sets out an environmental, social and economic case for the government to properly address the impact on wildlife and ecosystems. Mitigation would use less than 1% of the current HS2 budget (£420 million) and the benefits of new areas for wildlife and people would outweigh the costs.

The Trusts still oppose the line and support the proposals by the Chilterns Conservation Board for a bored tunnel through all of the AONB. However, if the line was to go ahead, with effective mitigation, the project could create “a wild green ribbon from London to the north.” Opportunities for habitat recreation and enhancement undertaken as part of the HS2 programme could be linked to wider efforts by partners to “build ecological connectivity at a larger scale beyond the tracks.”
No comments:

Campaigners in Stony Stratford are celebrating after winning a four year campaign to block a superstore at Cofferidge Close. 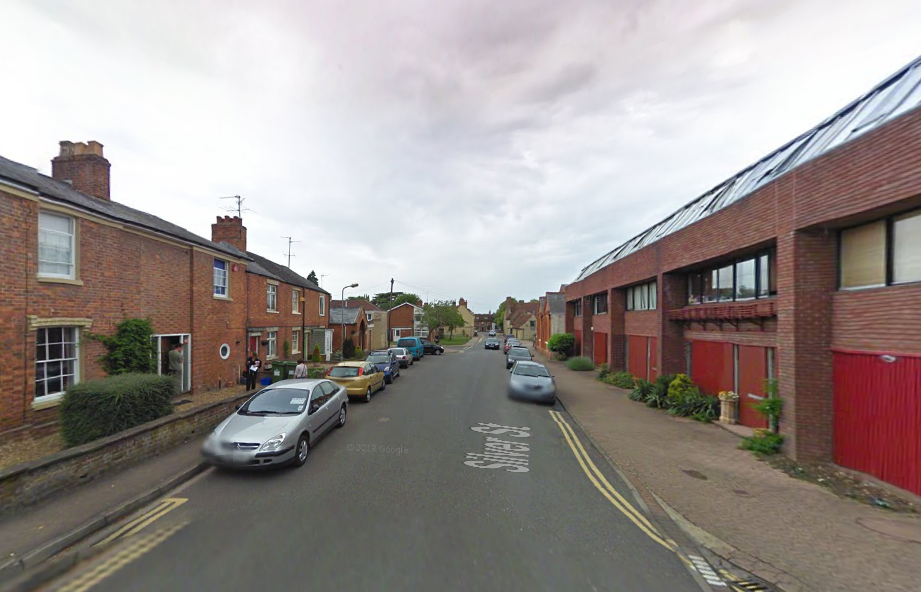 Cofferidge Close is a new town development with a listed frontage on Silver Street. The planning inspector described it as:

An unusually successful intervention into the historic townscape of Stony Stratford… It stands out through its attention to aesthetics and its integration with the historic setting.

Developers were proposing a large supermarket which the Save Cofferidge Close Group said would have “killed-off town trade”. The inspector said the development would be harmful to the character of the Stony Stratford Conservation Area and the setting of the listed buildings in Silver Street.

Aylesbury Vale council is consulting on the content and scope of its new Vale of Aylesbury Local Plan (VALP), the authority’s plan for development up to 2031. The council was forced to withdraw its previous planning blueprint, the Vale of Aylesbury Plan (VAP), in February after it was found unsound by the Planning Inspectorate. Consultation closes 28 May

Milton Keynes council has hit out at the government’s affordable housing policy in a letter to planning minister Nick Boles.

The deputy leader of the council, David Hopkins, who is the portfolio holder for planning and economic development, said: "We are trying to build a city that is sustainable and we are not being allowed to," said David Hopkins, deputy leader of the council. "They are setting up problems not today or next year but in five years time, and there will be a shortage of affordable housing. That will lead to problems in the service sector and public sector because people won't be able to afford to live in Milton Keynes."

Nick Boles told the Guardian that planning deals negotiated during the last housing boom are "economically unrealistic, meaning no development, no regeneration and no community benefits".  In a reply to David Hopkins, Boles refused an offer to meet and said: "We have been clear that the only grounds to reconsider previously agreed affordable housing contributions are economic viability and this needs to be evidenced and demonstrated for review.”

Wycombe council has extended its consultation on the new Local Plan until Easter.

CPRE Buckinghamshire response to the consultation.
Should Slate Meadow be returned to the green belt?
Consultation on the Wycombe District Local Plan
No comments:

The examination of the Winslow neighbourhood plan was halted last month after legal objections from Gladman. The developer had argued that a neighbourhood plan could not proceed in the absence of an up-to-date local plan. The government new planning guidance and, it has to be said, existing legislation makes it quite clear that that plans can proceed in these circumstances. Aylesbury Vale has announced the examination, under Nigel McGurk, will now go-ahead (£ Planning).

CPRE, the Campaign to Protect Rural England, is concerned, as indeed the Council is, at the impact on this sensitive area of meeting the (hypothesised) future housing needs of the District.
Whilst the proposed plan describes all the planning and other constraints, from the AONB and the Green Belt to the poor – unavoidably poor in many cases – road structures and lack of appropriate new employment land, it appears the Council considers that these constraints must be overridden or ignored, as failing to meet hypothetical housing need in full will lead to rejection of your Strategy and a consequent developers’ free for all.

Plans for 1,560 homes on a 300-acre site between Watermead and Bierton have been unanimously refused by Aylesbury Vale District Council. The developer, Hallam Land, already has an appeal lodged with the planning inspectorate for an earlier, identical scheme turned down by AVDC last year.

Following the withdrawal of the Vale of Aylesbury Plan, the council does not have a five year land supply and the developers will use this to press the planning inspectorate to give approval to this scheme.
1 comment: